You are using an older, unsupported browser. Please visit this link to contact us. 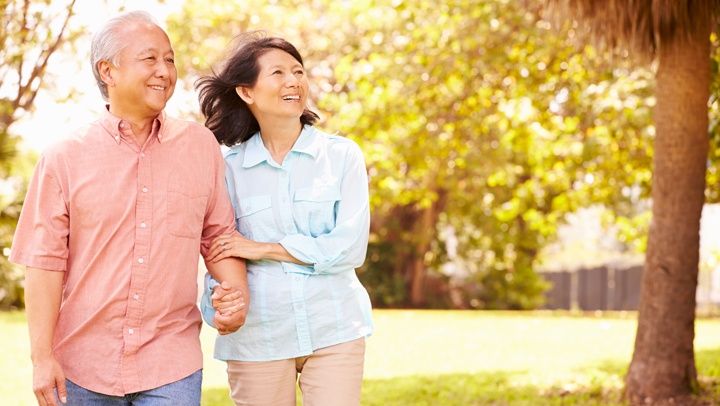 October 18, 2015 |by Deannna Fleischmann
All Alzheimers And Dementia Successful Aging

If a senior loved one lives with Alzheimer’s, you may find yourself worrying about your risk for developing the disease. While the studies on Alzheimer’s and genetics are still largely inconclusive, there are steps the experts believe you can take to reduce your risk for the disease. One of them is regular exercise.

Fitness and the Healthy Brain

In a study published in the Journal of Alzheimer’s Disease researchers explored the idea of brain health and Alzheimer’s prevention. They recruited two groups of physically inactive seniors with an average age of 78 to participate in their study.  One of the groups was considered to already have a mild cognitive impairment, while the other group was considered to be healthy.

The study took place over a twelve week period. Under the supervision of a personal trainer, participating seniors exercised on a treadmill. At the end of the twelve week study, the older adults in both trial groups showed improved cardiovascular fitness, memory performance and neural efficiency. These results led researchers to conclude that exercise likely plays an important role in maintaining and even improving brain function and memory recall. This may be true even for those with mild cognitive impairment.

What was also exciting to learn from this study is the amount of exercise it takes to make a difference. Older adults who participated in this study engaged in only what is considered to be modest exercise. They walked at a moderate pace on a treadmill for 30 minutes five times a week. A moderate pace is a speed that raises the heart rate, while still allowing the participant to maintain a conversation.

Some types of exercise are more senior-friendly than others. Tai Chi, Chair Yoga and Pilates are all gentler on older joints. If your health insurance plan is a participating organization, you might be entitled to a complimentary membership in Silver Sneakers. Their classes take place at fitness centers all across the country.

Both are available at no cost to older adults.

The bottom line is that following the advice your physician has probably already given you about adopting a fitness program may also be one of the best ways to prevent or delay Alzheimer’s disease.